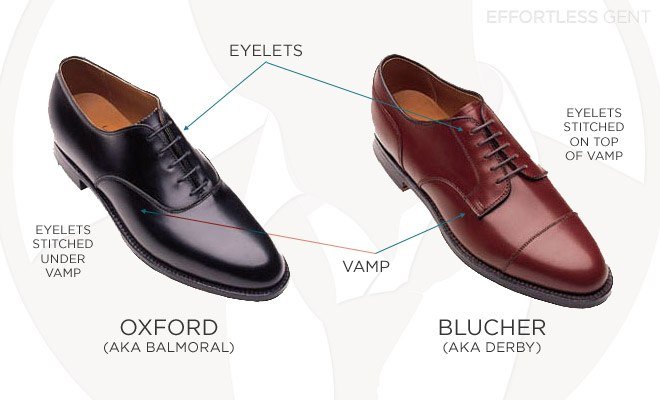 A blucher is a style of shoe similar to a derby. Its vamp is made of a single piece of leather ("one cut").
It is named after the 18th century Prussian general Gebhard Leberecht von Blücher. General von Blücher commissioned a boot with side pieces lapped over the front in an effort to provide his troops with improved footwear. This design was adopted by armies across Europe.
Some English manufacturers seem to refer to this type of shoe as 'plain tie'.

An Oxford is a style of laced shoe characterized by shoelace eyelet tabs that are stitched underneath the vamp, a construction method that is also sometimes referred to as "closed lacing". Oxfords first appeared in Scotland and Ireland, where they are occasionally called Balmorals after the Queen's castle in Scotland, Balmoral. Most shoe stores in U.S. will refer to Oxfords as bal-type opposed to blucher-type. In France, Oxfords are better known under the name of Richelieu.
Oxfords are traditionally constructed of leather and were historically plain, formal shoes but are now available in a range of styles and materials that complement both casual and formal forms of dress. It is derived from the Oxonian, a half-boot with side slits that gained popularity at Oxford University in 1800. The side slit evolved into a side lace that eventually moved to the instep, as students rebelled against knee-high and ankle-high boots. The toe cap can either be lined with two narrow rows of stitching, perforated holes along the end cap stitching (quarter-brogue), perforated holes along the end cap stitching and on the toe cap (semi-brogue), or a semi-brogue with the classical wingtip design (full-brogue).
Oxfords contrast with Derbys, or blücher design, characterized by shoelace eyelet tabs that are sewn on top of the vamp.

From the collection Fashion: 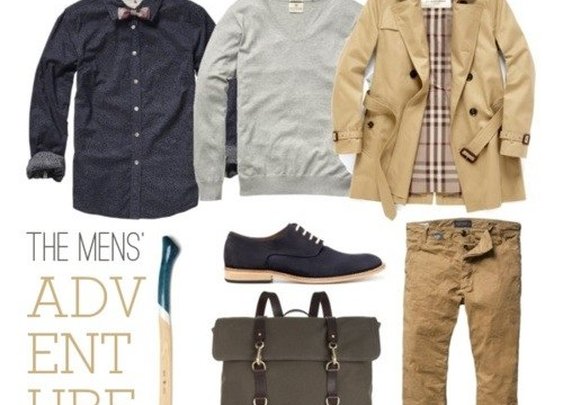 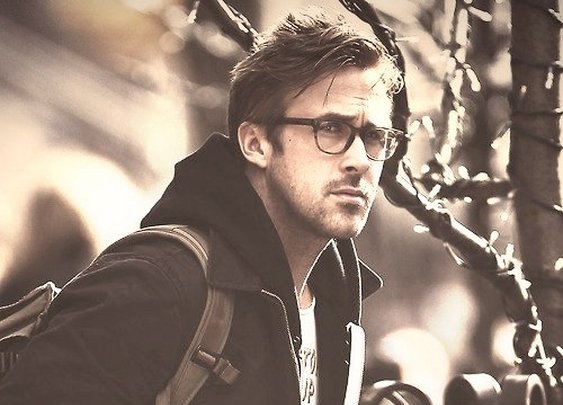 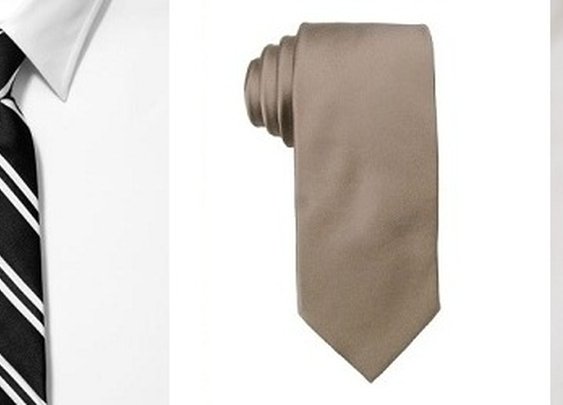 Dappered Classics – The Three Ties Every Man Should Own 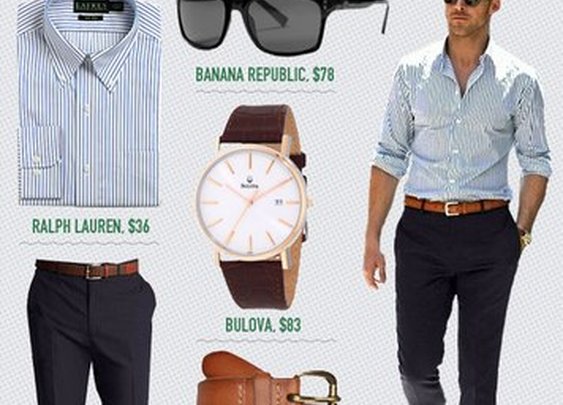 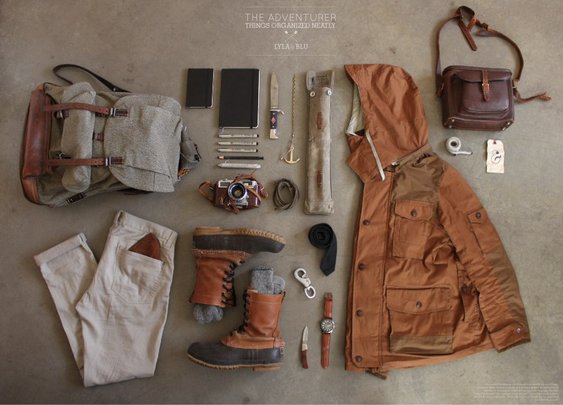 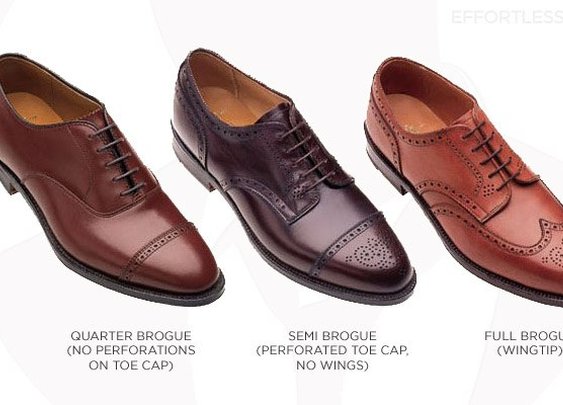