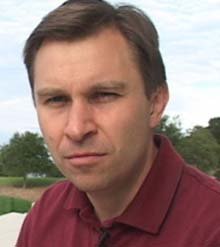 David Sinclair, Ph.D.,
Director of the Paul F. Glenn Laboratories for the Biological Mechanisms of Aging at Harvard Medical School; Professor of Pathology, and a Senior Scholar of the Ellison Medical Foundation. He has a Bachelors of Science and a Ph.D. in Molecular Genetics from the University of New South Wales, Sydney. He worked as a postdoctoral researcher at M.I.T. with Leonard Guarente, Ph.D., where he discovered a cause of aging for yeast and genes that control the aging process. He was recruited to Harvard Medical School in 1999 and was promoted to professor in 2008. In 2004, he co-founded Sirtris Pharmaceuticals to treat age-associated diseases such as diabetes, neurodegenerative diseases, and cancer. In 2006, he co-founded Genocea Biosciences, a vaccine discovery and development company, to prevent and treat infectious diseases in developed and developing countries. Dr. Sinclair has received awards including The Australian Commonwealth Prize, a Helen Hay Whitney Postdoctoral Award, a Leukemia Society Fellowship, a Ludwig Scholarship, a Harvard-Armenise Fellowship, an American Association for Aging Research Fellowship, and a Fellowship and Senior Scholarship from the Ellison Medical Foundation. He won the Genzyme Outstanding Achievement in Biomedical Science Award (2005) and
a "Bio-Innovator award" (2006).

is working with The Director Robert Kane Pappas
to develop an ongoing Broadcast TV Show
covering Ageing and Medical Innovation.
We will also be organizing luncheon and Receptions
to meet the top Scientists in the field.

Please Contact Robert or Gerard directly
if you wish to be notified of times and venues.