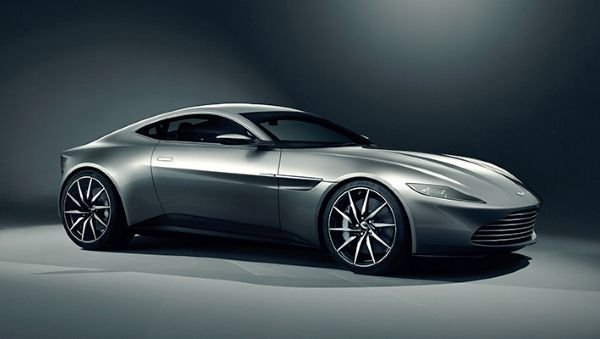 ASTON Martin is known for being a major supplier to one of the world clearly best - and in any case most iconic - special agents. And next year will continue the trend that has previously resulted in models like the DB5 (the classic silver colored model that has been in more films) and DB9 (from, among other things Casino Royal movie). In the upcoming movie "Spectre", which will premiere later this year, the super agent again run from the bad guys and probably also seduce a heroine or two, and it's going to place in a brand new Aston Martin model, which has since come out in civil commerce without rockets and smoke screen by the name Aston Martin DB10. The ultimate car for a couple of weeks ago there was otherwise stories circulating that 007 had to squeeze into a Fiat 500, but it is supposedly only during a car chase in Rome. Aston Martin says that it is a special model designed for Bond and subsequently come only for sale for ten copies. Led by Aston Martin's chief designer, Marek Reichman, who has worked closely with the film's director, Sam Mendes, have tried to create the ultimate car for the world's most famous spy. The car should be a replacement for legendary DB5 that was blown to smithereens in the latest movie Skyfall. The details of the car both with and without 007 ''s special equipment has the film company, Eon Productions, and the carmaker decided to keep top secret until on. A taste of new model Despite the very small line of cars that come for sale, promise Aston Martin, the design also provides a glimpse of the future design direction for the next generation of Aston Martin. That promise interprets the great British car magazine, Auto Express that the car is a preview of a brand new replacement for the smallest Aston Martin V8 Vantage. The car is supposedly in 2017 and is the size of the Porsche 911. Here it is already clear that a large part of the technique comes from Mercedes benz AMG, among other electronics suppliers and a completely new V8 engine with turbo for the new Aston. Good taste in cars for years returnees Bond back to Aston Martin, after he made ​​three films had brought forward in various BMW models. Bond's first Aston Martin was the famous DB5 with ejector seat, who shot a villain to heaven in "Goldfinger" in 1964th But generally, both Sean Connery, Roger Moore and Daniel Craig - and the other men behind the film agent - driven in many different models. One of the more well known is probably the White Lotus, among other distinguished himself by being able to sail under water.