A People Map of the US 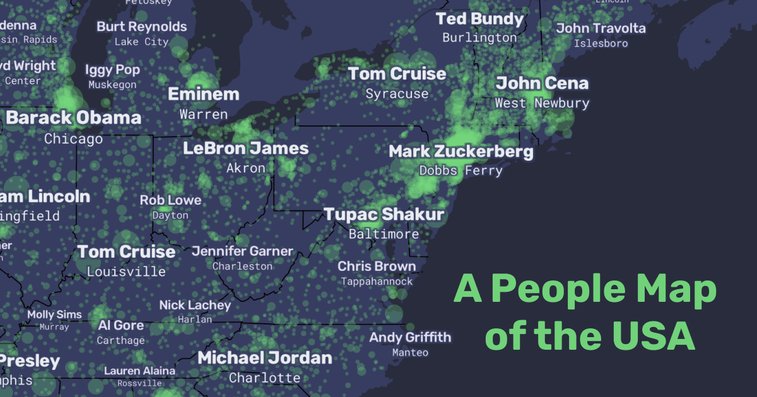 Donald Glover was born at Edwards Air Force Base, where I was stationed for 14 of my 22 years in the Air Force, two of my children were born there, and I currently live near there.

Lee Majors was born in Wyandotte, MI, a suburb very close to the city I grew up in. I was a huge Six Million Dollar Man fan as a kid. So much so that I was torn whether I should go to my first school dance because it was on a Friday night which meant I'd have to miss The Six Million Dollar Man to go. (I went. My first dance and first kiss. It was worth it.)

Years later I was stationed at Edwards Air Force Base where the crash in the title sequence happened and parts of the pilot episode were filmed. A good friend of mine now was a flight test engineer on the aircraft from the crash sequence and was in the control room when it happened.