Posted by mark.davoren.1 from upload.wikimedia.org 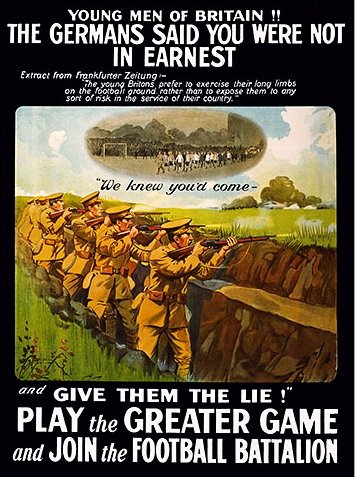 The 17th Service Battalion of the Middlesex Regiment was a First World War Battalion of the Middlesex Regiment, part of the British Army, which was formed as a Pals battalion. The core of the battalion was a group of professional footballers, which was the reason for its most commonly used name, The Football Battalion. The Battalion fought in the Battle of the Somme amongst others, and soldiers who fought for the 17th included Second Lt. Walter Tull, who was the first black Infantry Officer in the British Army