8 Personal Finance Lessons from Benjamin Franklin | The Art of Manliness

Posted by jrichardson from artofmanliness.com 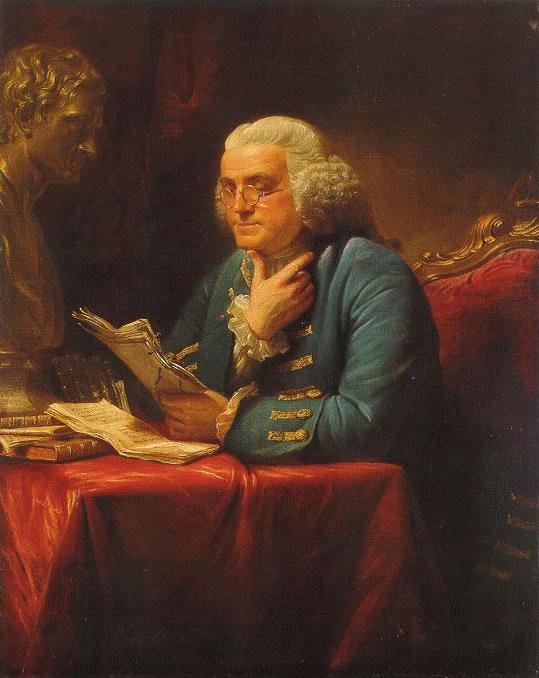 ”What price the price of that book?” at length asked a man who had been dawdling for an hour in the front store of Benjamin Franklin’s newspaper establishment. “One dollar,” replied the clerk. “One dollar,” echoed the lounger; “can’t you take less than that?” “One dollar is the price,” was the answer.

The would-be purchaser looked over the books on sale a while longer, and then inquired: “Is Mr. Franklin in?” “Yes,” said the clerk, “he is very busy in the press-room.” “Well, I want to see him,” persisted the man. The proprietor was called, and the stranger asked: “What is the lowest, Mr. Franklin, that you can take for that book?” “One dollar and a quarter,” was the prompt rejoinder. “One dollar and a quarter! Why, your clerk asked me only a dollar just now.” “True,” said Franklin,” and I could have better afforded to take a dollar than to leave my work.”

The man silently laid the money on the counter, took his book, and left the store, having received a salutary lesson from a master in the art of transmuting time, at will, into either wealth or wisdom. -From Pushing to the Front, 1911