Holy shit, a hoverbike?!?! Are you fucking kidding me? 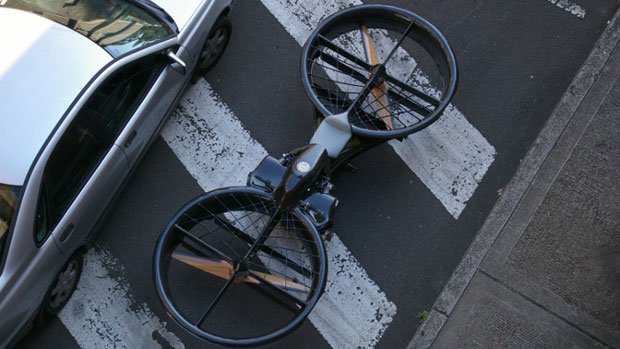 Reminiscent of some sort of transport device from a video game, the Hoverbike is a multipurpose, ultralight aircraft (yeah, AIRCRAFT) that’s powered by an 80 kW, twin 4-stroke engine. Potential uses for such awesomeness include aerial surveillance, film-making, search & rescue and so much more badassery.

Can soar up to 10,000 feet, although this has yet to be tested
Weighs only 240 lbs and can support up to an additional 400 lbs
Boasts motorcycle-like operation, complete with handlebar with controls for speed & navigation
Is made of top-grade carbon fiber (including the propellers), helping it achieve up to a 100-mile range
Has a (theoretical) top-speed of 150 aeronautical knots/hour (about 172 mph)
It’s still in the prototype phase, but rest assured, when this baby is official, it’ll make the once-futuristic Segway seem like yesteryear’s toaster oven.