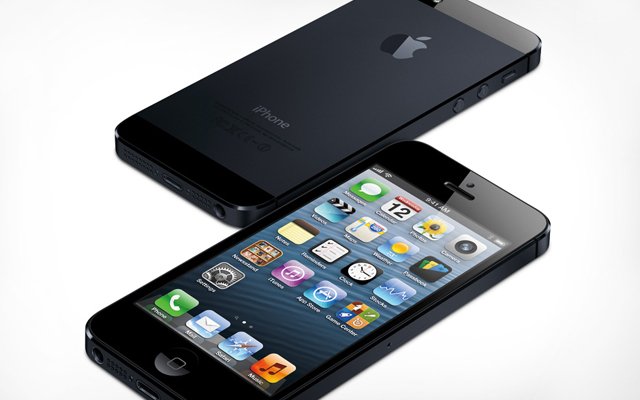 So as the little bugger is rising from the floor at the September Apple Keynote, it gets dubbed the iPhone 5($TBA) and is made entirely from glass and aluminum, it comes equipped with a sapphire lens crystal cover and weighs in at 112 grams, making it 7.6mm thick, 18% thinner and 20% lighter than the iphone4S, it features a 326ppi Retina display, that gives it a nice 1136 x 640 resolution of the same width but taller.

The new camera is really powerful and can deliver amazing low-light photo capturing, the image capturing process is 40% faster and for amazement it now takes 28 megapixel Panoramic images, the back camera has better 1080p video stabilization and the front is now 720p with backside illumination.

The new audio system now features three microphones. Front, bottom, and back with “wideband audio” that basically gives you a wider spectrum for audio and your voice a more natural sound.

As for the technology, wireless comes in abundance, ranging from GPRS to LTE, with all hype going to HSPA+ which is now 21Mbps, the DC-HSDPA 42Mbps and LTE a max of 100Mbps.

The only significant changes in hardware, is the new CPU, called the “A6″ and is 2X faster and has 2x the graphics compared to the older A5 CPU.