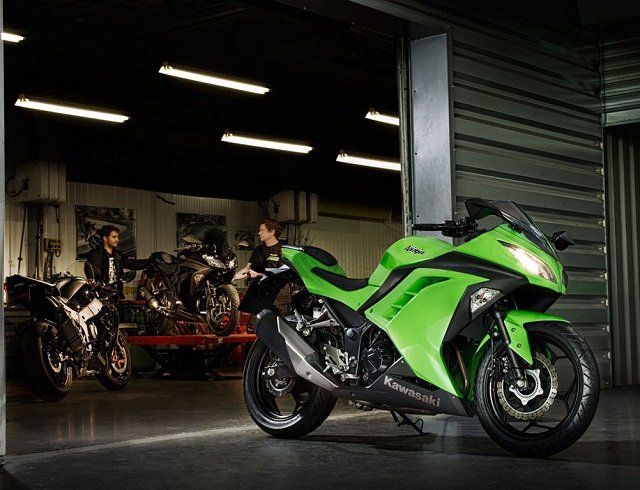 Back in the 1980′s Kawasaki got the formula right, and up to this day its been kept the same, just the inside keeps getting better, the new Kawasaki Ninja 300($TBA) point in case, with its 50cc bigger engine was created to commemorate the 40th anniversary of the Ninja.

The new four-stroke parallel-twin engine also gets a brand new direct-injection engine with a 20 percent increase in horsepower, up to just shy of 39 ponies.