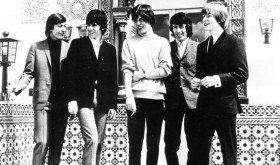 1966, During an 11-date tour of Australia and New Zealand The Rolling Stones played at the Centennial Hall, Adelaide, supported by The Searchers.

1970, Appearing at The Roundhouse Spring Festival in Camden, London David Bowie and the Hype, (first live performance of the new band), along with Bachdenkel, Groundhog and Caravan.