Posted by kilroy182 from www.nationalreview.com 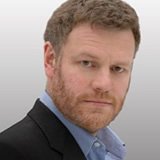 If you fancy a break from Zimmerman analysis this weekend, Daniel Johnson of Britain’s Standpoint has some thoughts on the receding tide of historical consciousness. That’s to say, for most of the modern age an informed sense of the past was assumed to be an indispensable attribute of a civilized man: