Shutdown Shows a Government Based on "Fear, Guns, and Control" - Hit & Run : Reason.com

Posted by kilroy182 from reason.com 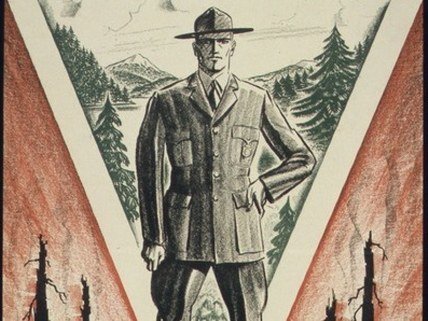 About ten years ago, I had a drinking buddy who worked in National Park Service law enforcement at Petrified Forest National Park (a great backpacking destination, by the way). He'd head to Flagstaff on his days off to vent some steam and, incidentally, share stories good and bad about his experiences with the NPS. Among his complaints was the paramilitary turn recruiting efforts had taken since 9/11. He said the new promo materials were heavy on assault rifles and action. "I don't know what they think we do out there, but they're going to end up with a bunch of psychos." Flash forward ten years and NPS rangers are barricading tourists in their hotels, threatening them with arrest for photographing wildlife, and being accused of "Gestapo" tactics. "We’ve become a country of fear, guns and control," complains a woman on the receiving end.