Posted by kilroy182 from nwnewsnetwork.org 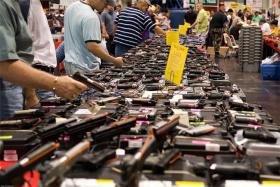 Starting Monday, Washington gun owners will have a new place to sell their firearms. That’s when a website called Washington Gun Exchange plans to launch.

The arrival of this online marketplace comes as Washington lawmakers prepare to hold contentious hearings on dueling gun measures.

The Washington Gun Exchange will be an offshoot of a similar website in Utah. Founder Nick Moyes -- who lives in Utah -- says he picked Washington in part because he’s gotten to know some conservative lawmakers here.