Posted by kilroy182 from www.bbc.com 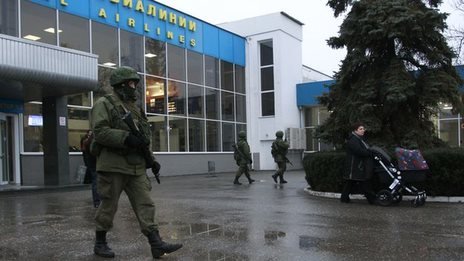 Ukraine has accused Russia of carrying out an armed invasion by sending naval forces to occupy Sevastopol airport in the Crimea region.

Another Crimean airport, Simferopol, has also been occupied by armed men, thought to be pro-Russia militia.