Posted by kilroy182 from content.usatoday.com 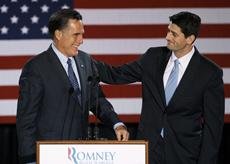 Romney is going to announce his running mate early Saturday morning. Rumor suggests it will be WI congressman Paul Ryan. All I can say is after four years of B.O. I think America could use a little R&R.