Posted by cogan from www.evolutionnews.org 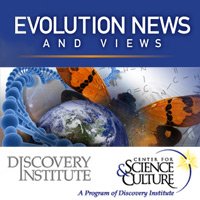 Interesting article on a controversial subject.